How can we survive? What actions can we undertake? (Part II)
Lire
Écrire
Soutenir
Mon compte

How can we survive? What actions can we undertake? (Part II)

How can we survive? What actions can we undertake? (Part II)

Our stories have proven that it is the business world that crashes the majority of citizens who have become whistleblowers. It is the world in which changes will come in terms of legal and moral obligations and because of the Internet world in which not a single piece of information nowadays stays hidden. The change as far as operating mode is concerned will take place thanks to staff representatives and honest elected representatives who will not hesitate to fight hard when problems occur. The stakes are high when one knows the figures relating to work suffering, the number of employees on sick leave, the ones suffering a burn-out and a depression. What could be the reasons for a company director to make his employees weakened if it is not to keep a certain type of power, to continue to ‘divide and rule’?

The author Laurent Gounelle (Laurent Gounelle, Les dieux voyagent toujours incognito, Pocket, Paris, 2012) deciphers the strategy to adopt when facing an “enemy”: “If you take his place, then you can understand why he acts as such. […] When you spread energy to convince somebody, it is as if you were sending in his direction a force exerted on him, that pushes him. He feels it and it leads him to push in the opposite direction. Push him, he will push you back”. “One does not push, one pulls. Pushing means leave from your position and being willing to impose it on the other one. Pulling means to leave from the position of the other one and bring him little by little to oneself”. My letter to the President of UBS relating to the creation and development of an ‘International Ethical Funds’, co-written with Alexandre Boisson, expert in systemic risks has never received an answer.

At the end of 2020, the media informed us that the justice of The Netherlands had opened an investigation relating to money laundering where Mr. Ralph Hamers, a former ING top manager, is involved. The latter had just been hired tobecome the new UBS president, succeeding Sergio Ermotti. Mr. Hamers has been recruited although his past was known and had been taken into consideration by the UBS Board of Directors (20minutes.ch – Thursday, Dec. 10, 2020).

The two examples described above demonstrate that it is impossible to make our former employers change their habits in other words to push them towards ethical economic models. We will then have to pull them, as suggested by Laurent Gounelle. 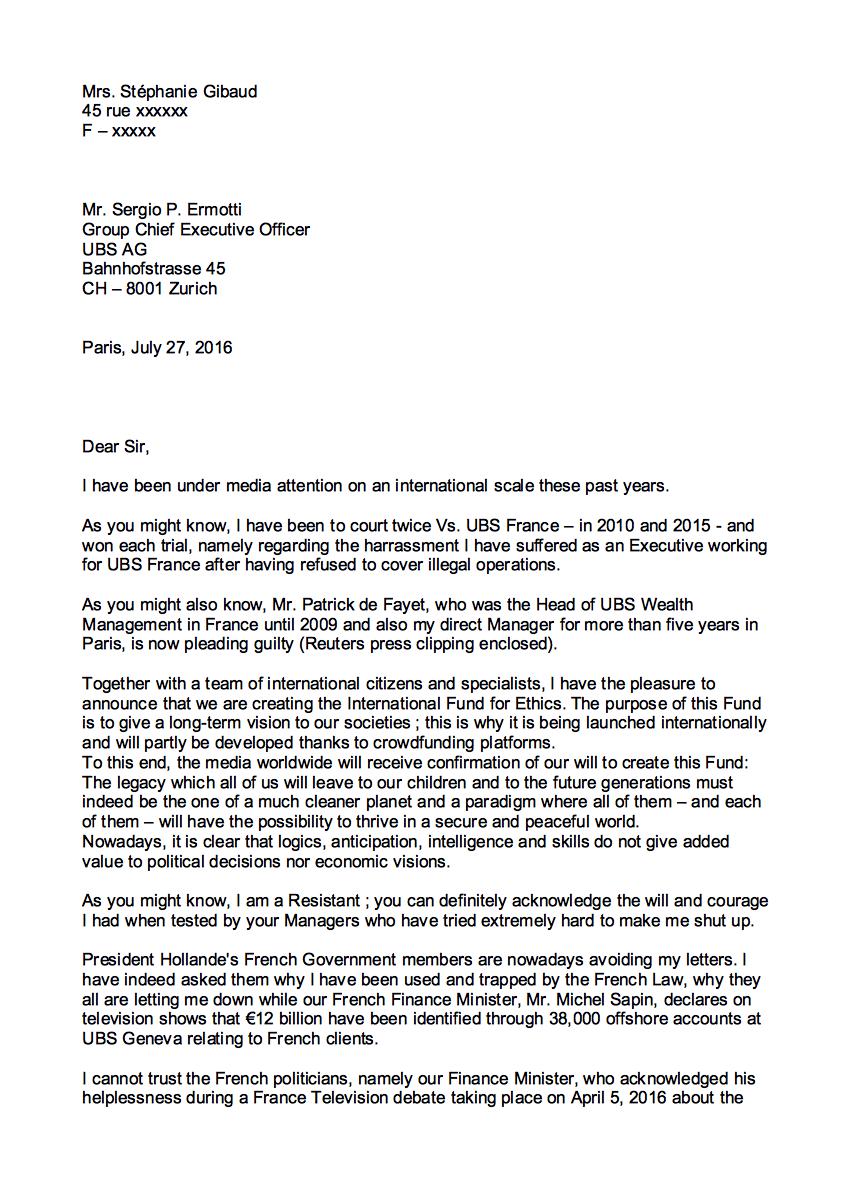 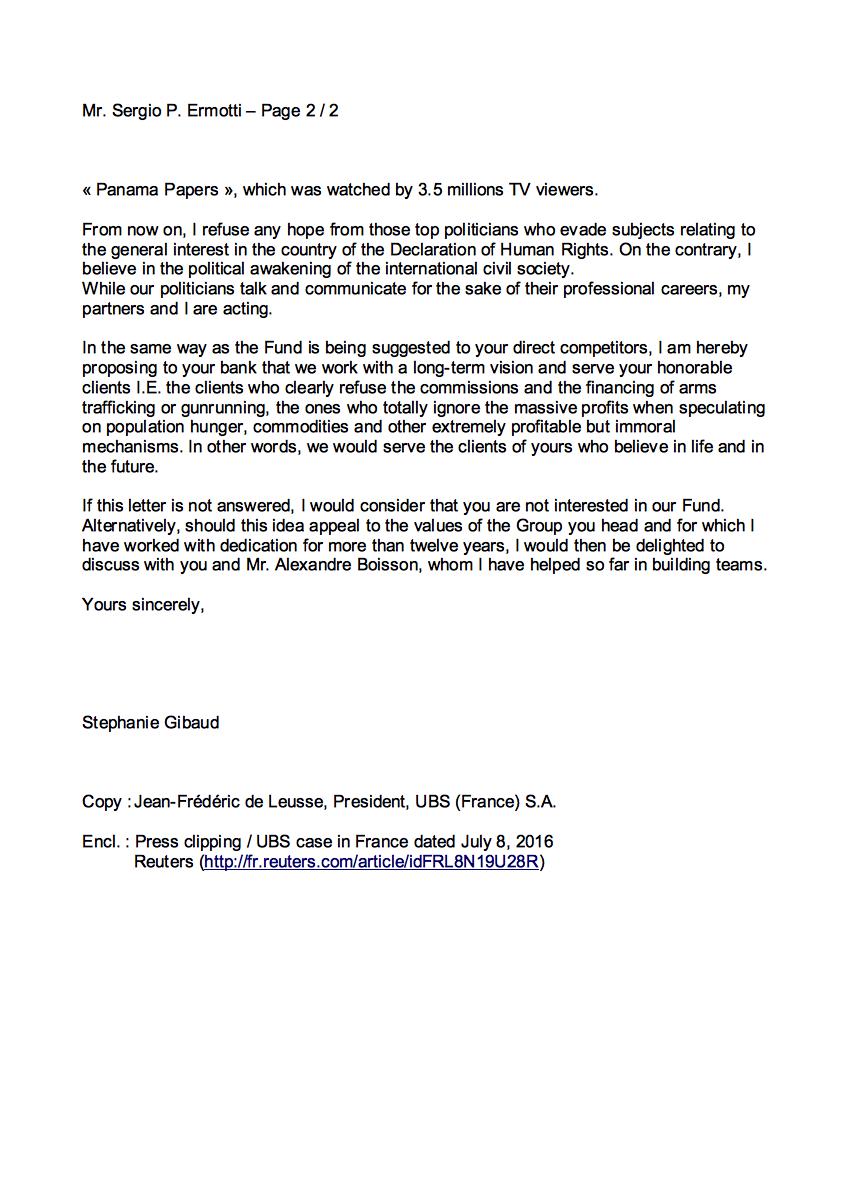 Ida de Chavagnac, the French whistleblower who has worked for the Credit Agricole agrees with this strategy when she writes that “the only solution to break the cult of secrecy would be to create a bank which would carve in the marble its objective of transparency”.

Other actors for change join forces towards a more ethical world namely in the hotel industry. Laurent Bougras manages the reservation platform La Note Touristique. He explains that it allows the tourist furnished units to display their environmental impact rating (A, B, C, D, E). This environmental label is an official certification (under the aegis of the French National Energy Agency - ADEME - and of the French Ministry of Energy Transition) that allows consumers to compare products and services according to their environmental impact.

The ‘Blockchain’ revolution has already started. “The Blockchain is storage of transparent and secured transmission of information technology which works without any centrally control organ. […] By extension, a Blockchain puts together a data base containing the history of all the exchanges being made between its users since its creation. […] A public Blockchain can then be compared to a big public, anonymous accounting book that is impossible to forge. As written by the mathematician Jean-Paul Delahaye, one must imagine “a very big handbook which everyone can freely access and on which everyone can write but which is impossible to erase and is indestructible”. The first Blockchain appeared in 2008 with the digital currency ‘bitcoin’, as explained by the website.

In 2014, I met Gilles Babinet on the France Television Soir 3 TV set. This serial entrepreneur is a specialist of the blockchain subject, which will “make the world horizontal”. He analyses that “above the technological revolution, it is an anthropological revolution”. Indeed, according to the digital champion, the era of hyper-capitalism has been visible since the globalisation of the financial services. Since 1985, the middle class working incomes have melted while those with the capital have soared thanks to the platforms put at the disposal of the finance actors and for the transactions to be run on a world level. The blockchain, by the certification of the transactions, makes it possible for the ability to master the transactions to be decentralized: all kinds of services can therefore be created in a process where the intermediaries have disappeared.

In a word, the companies (namely in the finance industry), the profession of which is to get a cut of the profits on the daily transactions in the amounts of billions of euros or dollars in spite of the fact that they do not produce any wealth, will not exist anymore.

For Alexandre Boisson, the blockchain is a window of opportunity as far as raising awareness and “making the world horizontal” is concerned. Like any other window, it can be opened and closed. According to the expert in systemic risks, “a solar storm, called the Carrington event would be enough to close this window. Without a sufficient energetic resilience, the blockchain is worth nothing as it consumes too much energy and damages the ecosystems. If the blockchain had been the only system of exchanges available in Quebec in 1989, one could have seen a society lost to itself. As long as this technology works, it helps raise awareness relating to the systemic corruption that leads nowhere. Humanity must become independent from corruption, it it time for humanity not to let corruption of the human spirit decide. Thanks to this technology, it is a good thing that it temporarily gets hold of economy however, thinking, search for ethics will be the tools which will bring the most needed systemic sustainability, even in the case of a blackout”.

One for all and all for one

This motto from the three Musketeers was made popular thanks to Alexandre Dumas has been repeated to us since childhood in our families and at school. It is part of our culture and is dear to the whistleblowers. Before all, whistleblowers are women and men and are citizens of the world with only have one purpose, to defend the common good and the general interest. Instead of moral standards, some talk about integrity, others about transparency and ethics towards the general interest. Each of them therefore tries to federate around these values. 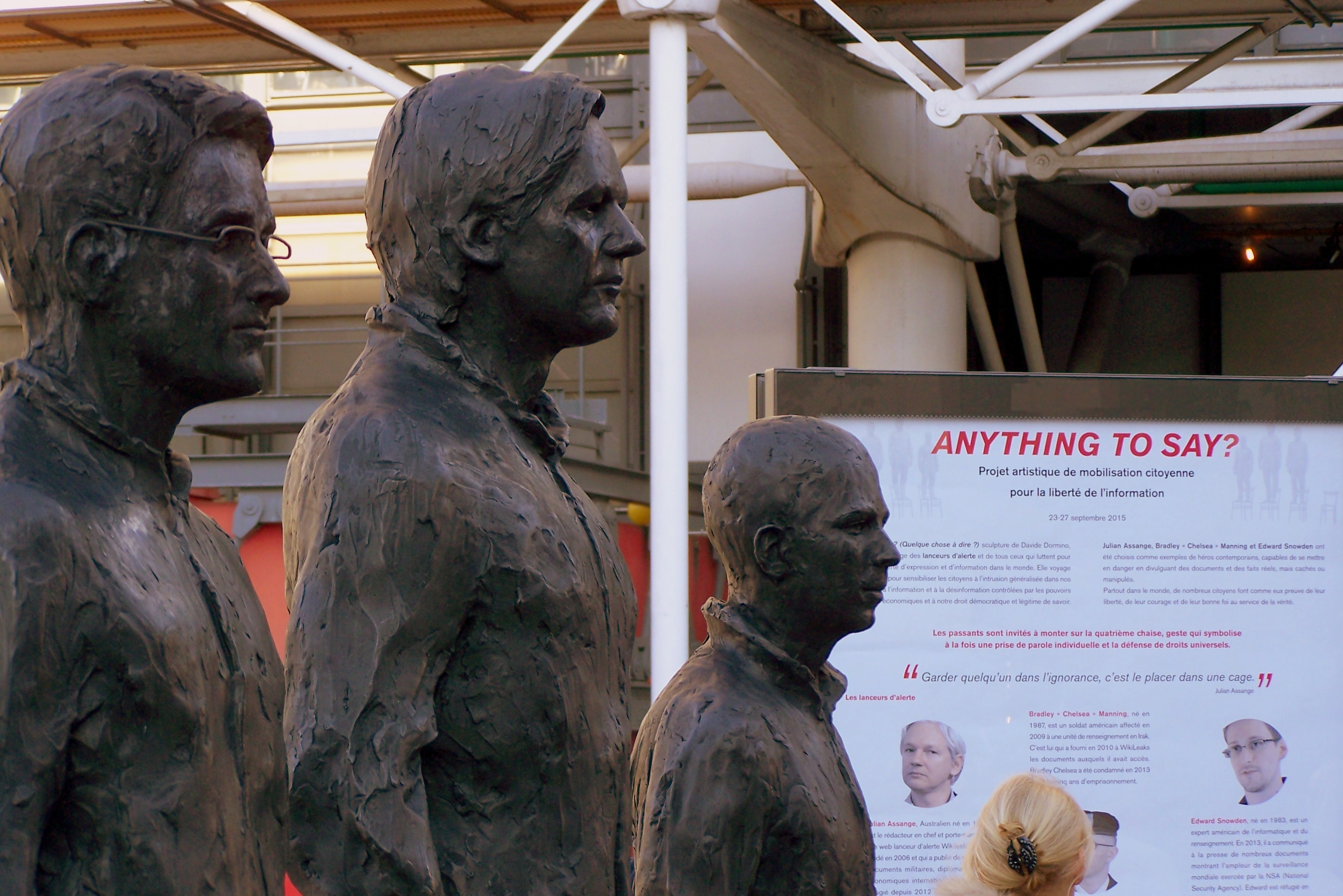 It is time to step into this direction as we have lost all our ethical markers. Time has come to decide and act together; united we stand. In order to put the ‘better live together’ at the center of the debates, let’s gather to protect ourselves. Our fights have proven that one has to de-compartmentalize everything that could create impunity, which certain people still enjoy today. Citizens have to stand together facing opacities, lies and the justice inertia because the politicians have committed faults against us. We have confirmed that the current system has lost breath. The present regimes have hypocritically and too often played the game of the financial industry and of the tax paradises. We, the citizens can only but count on our courage for the sake of democracy. We must be at the center of the decisions. Protecting our economic interests will be made by gathering internationally. This will allow the creation of wealth for all.

For the sake of the right to be informed, for the freedom of expression, to counter a Mafia-like society, to stop the fear, to give a meaning to our lives, to fully commit oneself and pass on to the future generations, let’s stand and face corruption in organized bands. The US President John F. Kennedy stated:

Let’s gather to protect our wealth, our economic interests, put light on the opacity of the information, fight impunity. Let’s have our minds turned towards the citizen’s society. In a world where one must win without rules or beyond the rules, the essence is important. Making money is necessary, but giving meaning to life and what one commits oneself to is even more important. By re-investing together the public space in the name of the truth, the ethics and the general interest or as a simple precautionary measure, we will value the role of the civil society.

Whereas many people declare compassion for whistleblowers and create accounts for donations to help them survive, shouldn’t we all be inspired by Martin Luther King Jr. when he declared:

True compassion is more than flinging a coin to a beggar; it comes to see that an edifice which produces beggars needs restructuring.

We all are different and geographically dispersed, we have different family and professional goals. Trials or pressures, if not threats reach different degrees. We have each acknowledged that the isolated fights, as important as they might be, do not allow any changes. But what other option do we have apart from standing together, citizens and entrepreneurs, to face corruption and impunity?

Julian Assange reminded us in the introduction that the truth always ends to win. Let’s act together to make sure that it wins faster, everywhere in the world and in all the fields. And we will be done with whistleblowers.

To be followed: How can we survive? What Actions can we undertake? (Part III)

How Can We Survive? What Actions Can We Undertake? (Part I)

How Can We Survive? What Actions Can We Undertake? (Part Iii)

How can we survive? What actions can we undertake? (Part IV)
Stephanie Gibaud

How can we survive? What actions can we undertake? (Part II)
Stephanie Gibaud

How can we survive? What actions can we undertake? (Part I)
Stephanie Gibaud

How Whistleblowers are being assassinated in France (Part III)
Stephanie Gibaud

How Whistleblowers are being assassinated in France (Part IV)
Stephanie Gibaud

How Whistleblowers are being assassinated by the European Institutions
Stephanie Gibaud

How Whistleblowers are being assassinated in France (Part II)
Stephanie Gibaud

How Whistleblowers are being assassinated in France (Part I)
Stephanie Gibaud

How is Freedom of the Press being assassinated? (Part I)
Stephanie Gibaud

How Whistleblowers are being assassinated in Switzerland (Part II)
Stephanie Gibaud

How Whistleblowers are being assassinated in Switzerland (Part I)
Stephanie Gibaud

How are Whistleblowers assassinated by the French Justice? (Part III)
Stephanie Gibaud

How are Whistleblowers being assassinated by the French Justice? (Part II)
Stephanie Gibaud

How are Whistleblowers being assassinated by the French Justice? (Part I)
Stephanie Gibaud

The UBS file, the French justice and the American justice
Stephanie Gibaud

The Financial Industry:  Murderer Number 1 of the Whistleblowers
Stephanie Gibaud

How Whistleblowers are being assassinated by the professional World
Stephanie Gibaud

About Freedom of Speech, Free Speech and Truth
Stephanie Gibaud 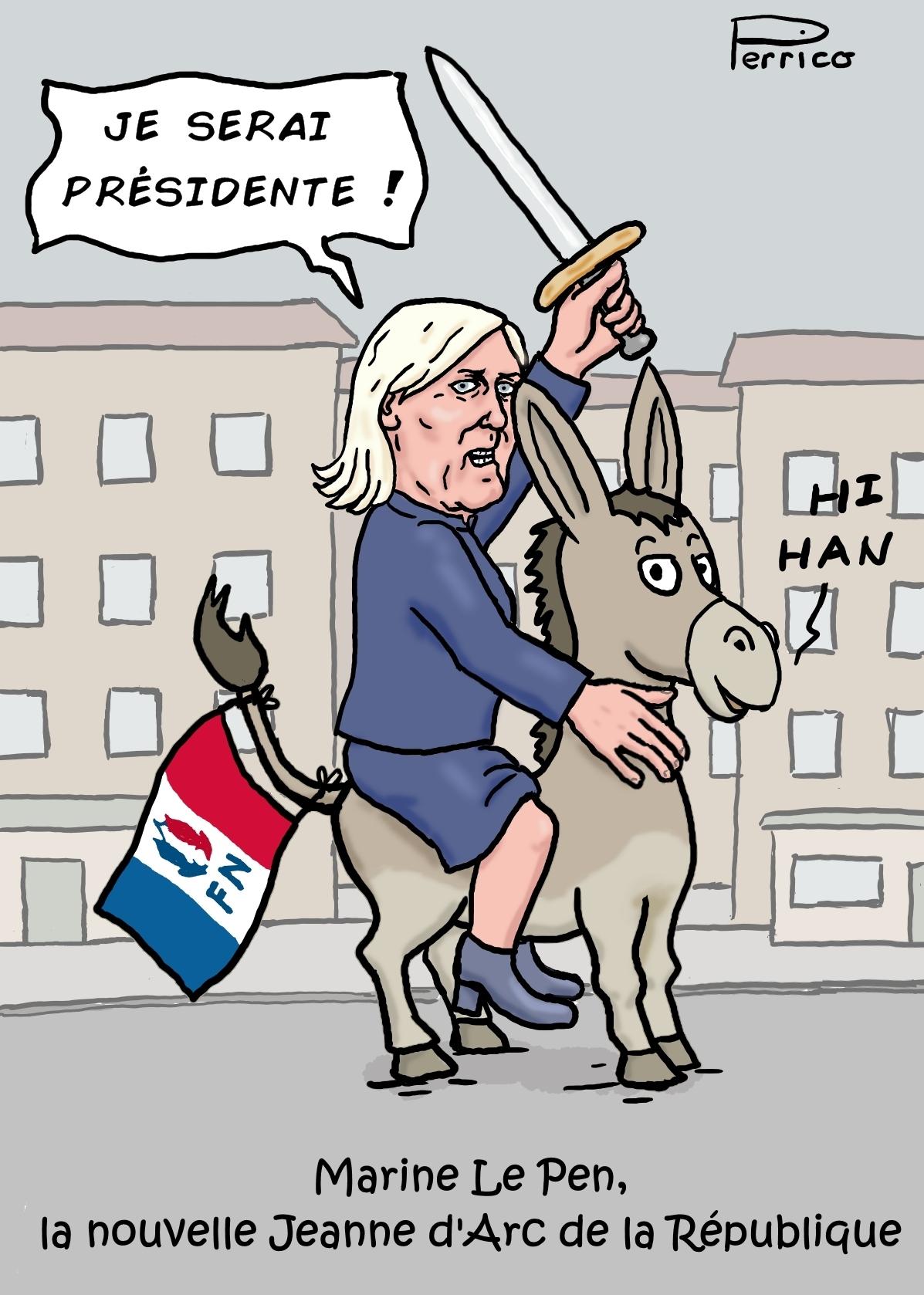 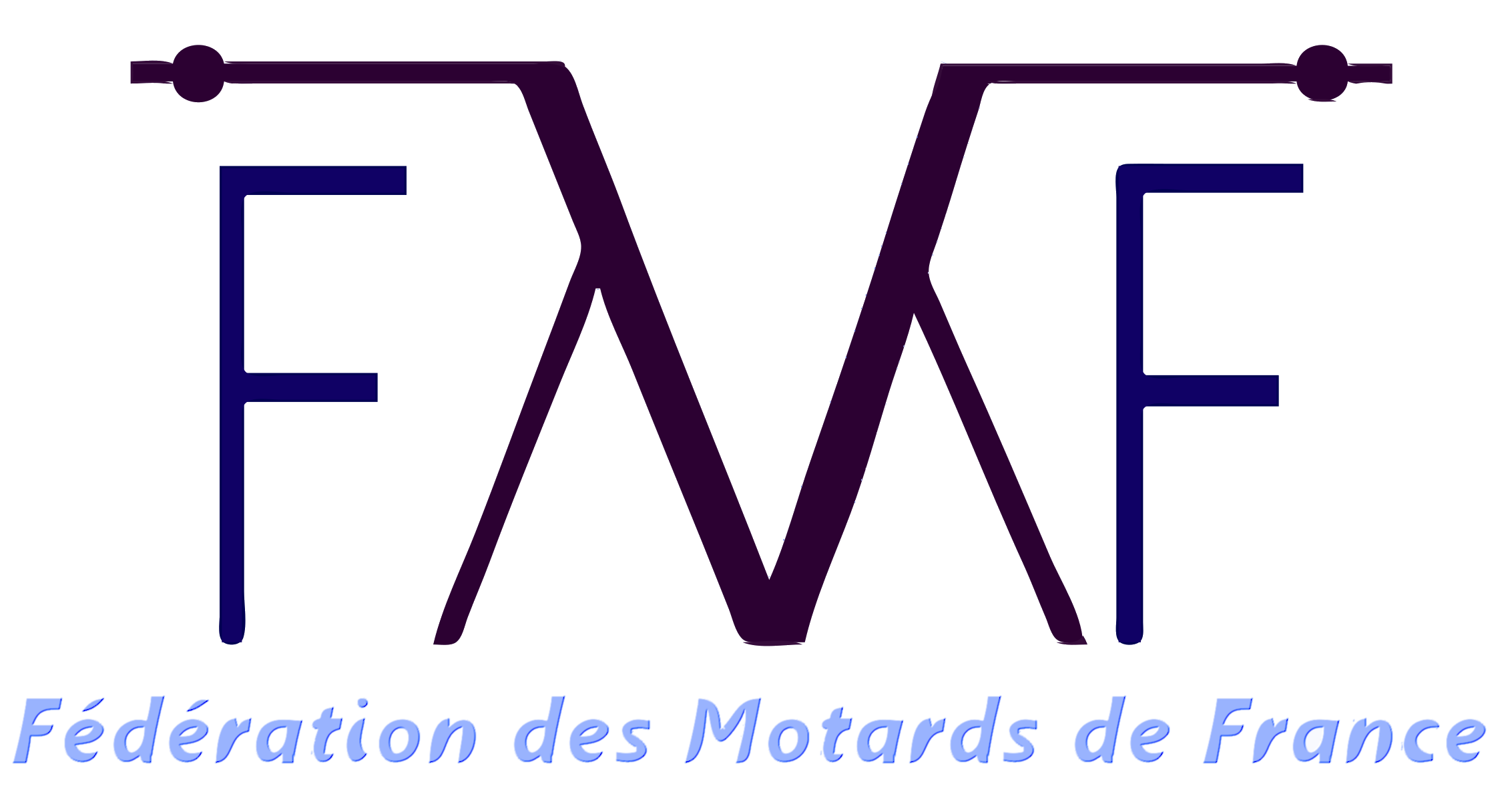 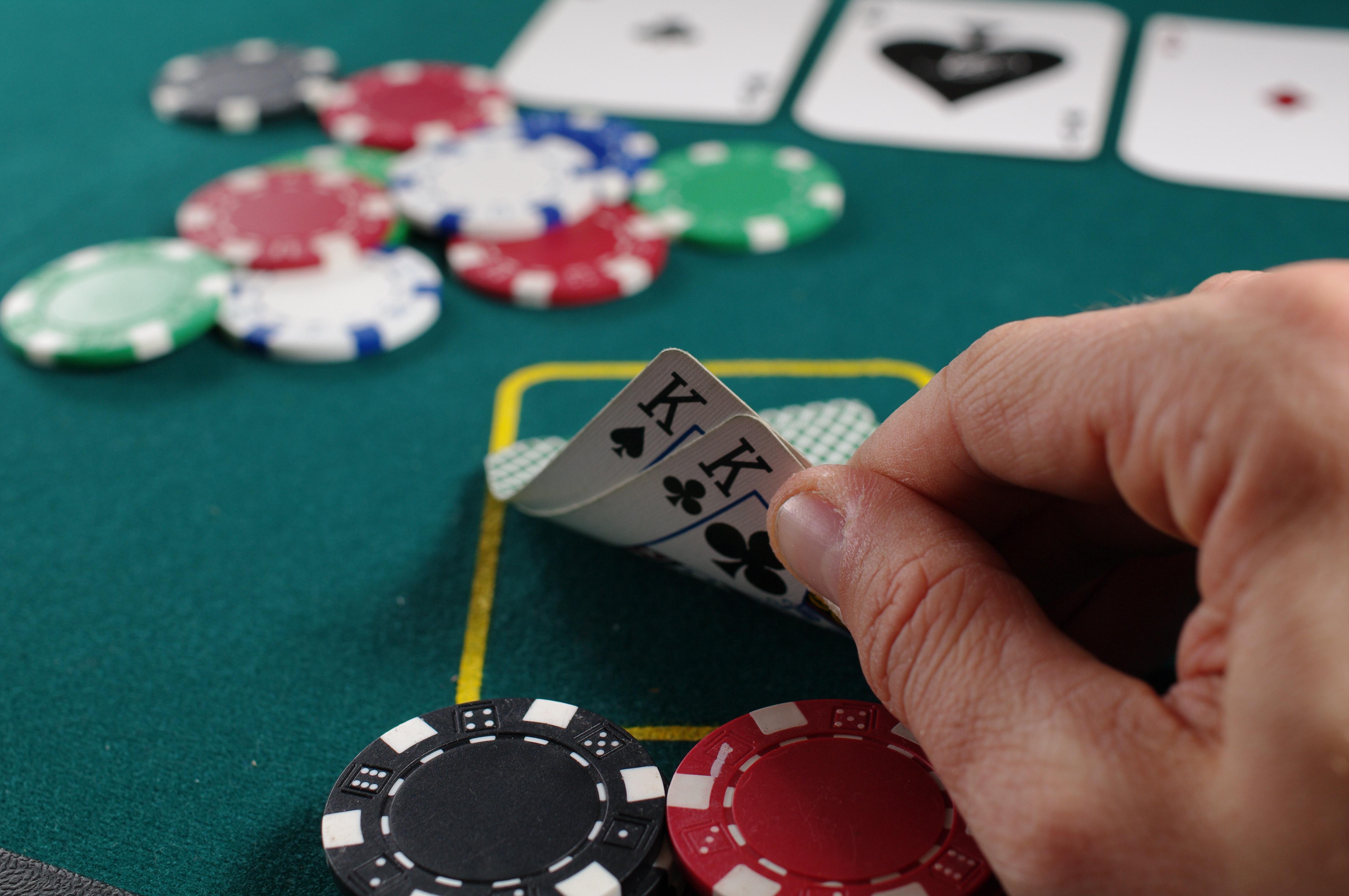 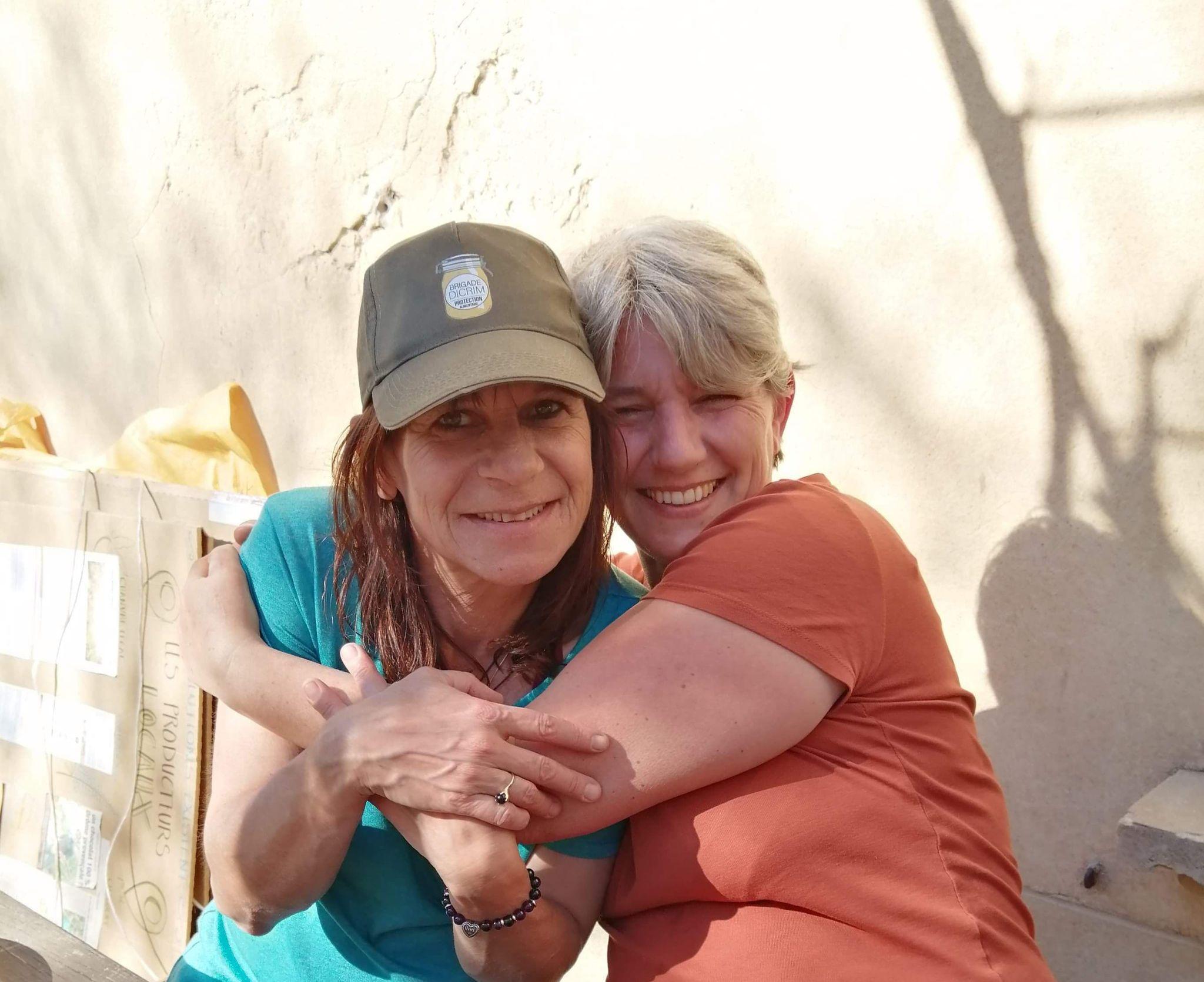 How can we survive? What actions can we undertake? (Part III)
Stephanie Gibaud
Prolonger le voyage dans l'univers Politique