Quirky, mathematical, interdisciplinary, engaging us in thought experiments, visual paradoxes and mental puzzles, the art of M. C. Escher continues to inspire artists around the world. Most notably, the photographer Sebastian Luczywo makes many visual allusions to Escher’s art, which remains very popular to this day. Recently, the Escher exhibition in Brazil became, according to Blouin Art Info, “the world’s most popular art show,” drawing tens of thousands of viewers. (Blouin Art Info, April 13, 2012) Part of Escher’s continuing popularity can be explained in terms of the universal appeal of his art, which attracts those who love art and those who love mathematics or science alike. Like Picasso and Brancusi, in many respects Escher was an autodidact. He had little formal training in mathematics. 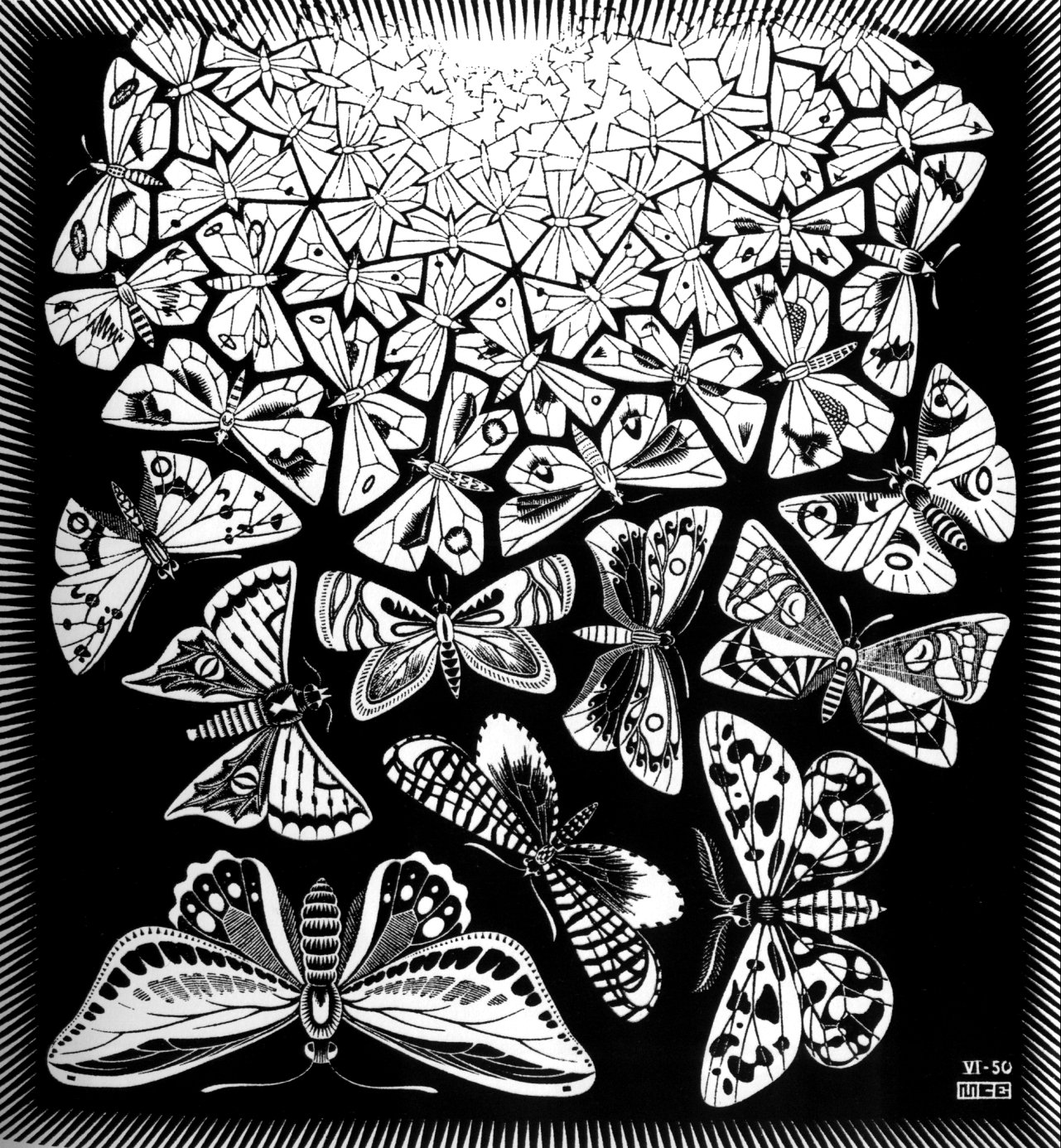 In fact, Escher discovered his passion for geometry, topology and visual paradoxes almost by accident, thanks to his travels to Alhambra, Spain. Escher was fascinated by the intricate, mathematical designs—or tessellations–he saw in the architecture of Alhambra, whose interlocking repetitive patterns of design would inspire much of his artwork.

Sebastian Luczywo’s photography sets into play tessellation patterns, reminiscent of the art of  M. C. Escher, but gives them a metaphysical twist. In the photograph The Great Migration (see image at the top of the page), for example, we not only see the physical reflections of leaves in the pond in a manner similar to Escher’s art, but also a metaphysical reflection on the passage of time. Luczywo catches a moment in the life of a family reflected in the water, with one of the children holding a large clock. No matter how much photography may freeze this moment in time, time will flow on. The children will grow and move on to create their own lives; the parents will age. Photography attempts to immortalize a moment–and an important stage of our lives–that is, in fact, very fleeting. Personally, when I see this image it makes me think of the following implication: if we can’t live and appreciate each of these stages of our daily lives in the present, we will lose them forever, except in the images of our memories and art. But, of course, photography, like all art, is open-ended, not limited to any given interpretation. What you see reflected in this (or any) image is largely up to you as a viewer.

Like Escher does in some of his artwork, most notably Waterfall Up and Down, Luczywo stages provocative inversions and displacements, where objects, animals and human beings aren’t where we’d expect them to be. The world is topsy turvy, as it were, and nothing conforms to our expectations. For instance,  in one of Luczywo’s photographs, the child is in the dog house and the dog stands outside of it. In another, a child pops up unexpectedly from underneath the train tracks; in yet another, The Birth of Music, a violin emerges from cupped hands in a wheat field.

In an article on Dodho.com, Sebastian Luczywo explains some of the reasons behind these unexpected twists: “I am in favour of being interested in the world, searching for new things, reaching for something you haven’t experienced so far. That is why I do my best to make my portfolio rich and diverse, not monotonous at all, as monotony attracts neither me nor my receipients I create my works for.” (http://dodho.com/sebastian-luczywo-photography/) 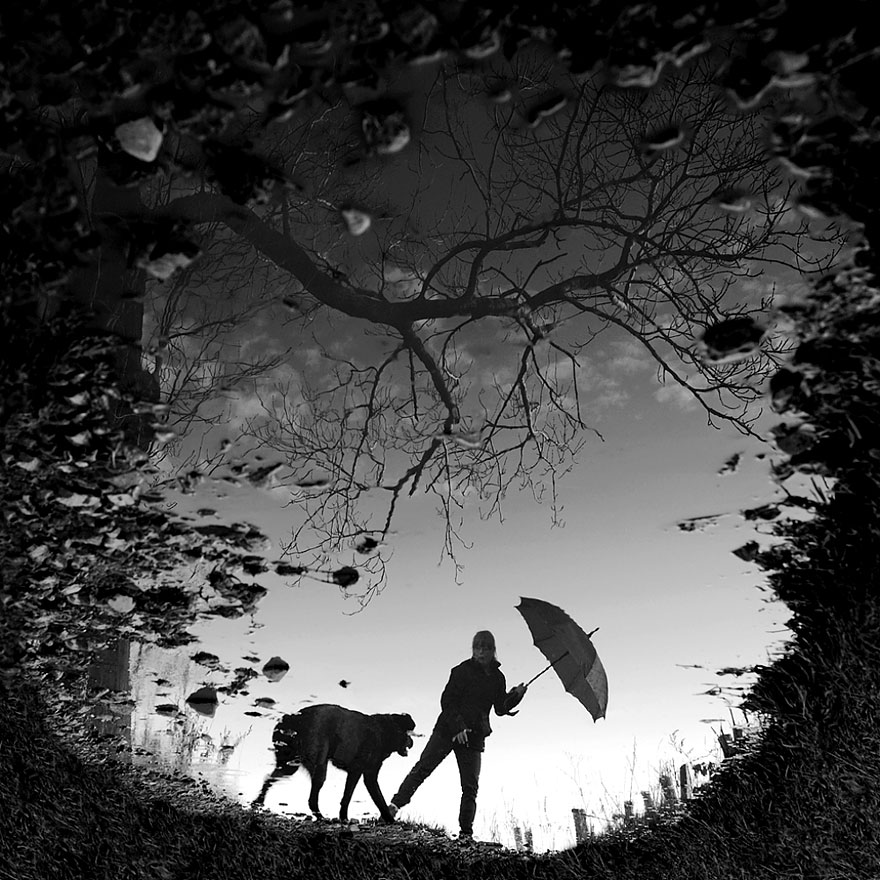 One of the effects or these surprising perspectives and role reversals is to defamiliarize the familiar, which, paradoxically, makes us appreciate the every day images, people and objects depicted even more. We may be inured to them when we see them in familiar ways and settings, but Sebastian Luczywo’s images, like M. C. Escher’s art, help us see our world with fresh eyes.